Emil Brandqvist Trio's successful appearance in Germany last December will be followed by a festival concert in April. Meanwhile, the trio is preparing for a new album.

Here's a little overview of the trio's past and coming moths.

The group's third album Breathe Out was released in August 2013, this time under the German label "Skip Records". The label has been doing wonderful job with promoting the album. Breathe Out has received multiple excellent reviews and was selected the album of the week on WDR3. Read more on emilbrandqvisttrio.com

In December the trio made their first German tour, organised by Skip Records and O-Tone music. The short but successful visit comprised concerts in Hamburg (Birdland), Berlin (A-Train) and Saarbrucken. The Saarbrucken concert – carried out in collaboration with German Radio Philharmonic Orchestra – will be broadcasted during the spring 2014.

At the moment Emil Brandqvist Trio is preparing for a studio session in Gothenburg in the beginning of March.

On April 4 the trio plays the first concert of the year at the international St. Ingbert Jazz Festival in Germany. Drums will be on focus on that evening; this year's festival features the drummer legend Billy Cobham, who plays on the very same scene right after Emil. The festival program can be found here.

Turundot is working on trio's tour in Finland in the latter half of the year. This page will be dedicated for updated information about the concert arrangements. 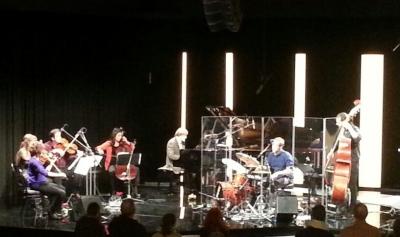